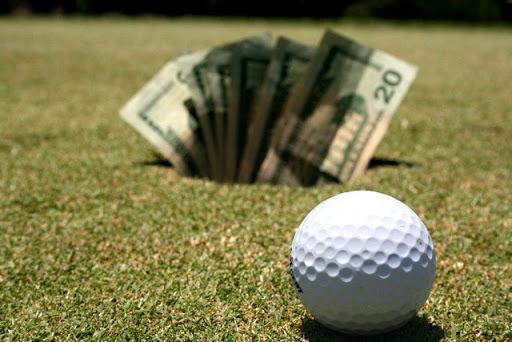 Golf is such a great and pure game that it can be played walking the fairways alone and still be wonderfully enjoyable.  However, it’s also pretty great fleecing your buddies for a wad of cash or hearing the Venmo buzz to show some new money in the account.  This conversation will focus on the later and will cover the best golf gambling game you’re probably not playing.  Bust this out anywhere from your home private golf club, the local muni, a top 100 golf course, or on your next golf vacation and it is sure to be a hit.

Banker works similarly to Black Jack and the banker is dealer, playing against the rest of the group.  Every hole is a new game. The minimum bet amount is established before the round by the group. The maximum bet amount for each hole is determined by the player that is the banker. The banker changes hole by hole. The banker order can be determined by flipping a tee pre-round and establishing the order for the rest of the game.

If player A is the banker in a foursome, the matches are as follows:

Player A vs. B, for amount determined by Player B.

Player A vs. C, for amount determined by Player C.

Player A vs. D, for amount determined by Player D.

The game really starts to get interesting with the presses. On each hole, the banker hits last. The players can all decide to press their individual bets with the banker while their tee shot is in the air. This doubles the bet. The banker then has the option to press back after he/she hits (ball in the air), but the caveat is that the banker must press everyone. Example:

Player A is the banker; the minimum bet is $10 the maximum is $100. The matches are below:

Player B chooses to play the Banker (player A) for $20

Player C chooses to play the Banker (player A) for $80

Player D chooses to play the Banker (player A) for $100

Players B & C hit average drives and choose not to press the bet. Player D hits a great drive and chooses to press. His bet with the banker (Player A) is now $200. The Banker (Player A) now hits and after hitting, while the ball is in the air, and decides whether to double all the bets or leave them be. He decides not too and leaves them as $20 with Player B, $80 with Player C and $200 with Player D.

Player B is the banker on the 12th hole a par 3. The minimum bet is still $10 (set by the group at the beginning of the round) and the banker sets the max at $50.

Player A chooses to play the banker (player B) for $10

Player C chooses to play the banker (player B) for $25

Player D chooses to play the banker (player B) for $50

Player A doesn’t press the bet after shanking his tee shot. Player C hits a shot that looks great (must press mid-air) and presses but sails the green. His bet with the banker is now $75. Player D hits a bad shot short left and doesn’t press. The banker hits a great shot and presses (again has to be while in the air). The bets in the group triple to the following:

Player A is playing the banker (player B) for $30

Player D is playing the banker (player B) for $150 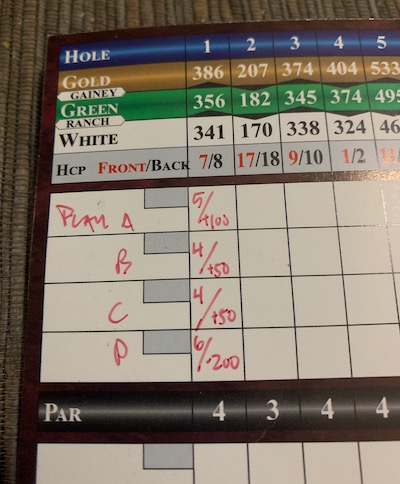 Scoring is easily done if you’re tracking it on one card.  Here is how we do it.  Each box contains the players’ score and the amount won/lost.  You know you’re doing it correctly if on each hole the total zeros out (think back to Accounting 101). In this example, player D was the banker and lost 3 ways with a double bogey.

There are a few moving parts in this game, but once you get playing it’s really quite simple and fun.  If you’re having a crappy day, you can simply ride out the minimums and sometimes you’ll find your spot to strike and make up some lost dough.  The last caveat that we have added is that on hole 17 and 18 the player who owes the most is automatically banker and gets to set the limits of his choice. Give it a shot, you won’t be disappointed.

See you on the course, 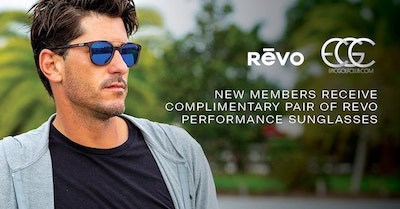 Golf lifestyle society, Epic Golf Club announced today that it will be partnering with Revo, the global leader in performance eyewear to offer members across the country a revolutionary way to see the game. Epic Golf and Revo are the perfect fit for those who…