Shadow Creek is more than just a golf course.  It is truly an experience and it is unlike any other I have come across in the world.  Shadow has an amazing secretive vibe to it.  I had heard stories for years about ‘regular guys’ getting tee times there, then being unceremoniously bumped for an A-lister like MJ or Tiger.

Shadow Creek has a completely private golf club feel to it, even though it is technically open to the public Monday through Thursday.  Friday through Sunday Shadow remains invite only.  You need to be part of a select golf society or be a serious high roller. If you decide on a golf vacation in Vegas, this is a must-do golf destination.

If you manage to get a tee time, there is still a lot more to it. After dropping  $750 on the greens fee + caddie; you still have to stay at an MGM property and take one of the decked-out limos to enter the gates (limos are complimentary, but a $100 tip or more is expected). 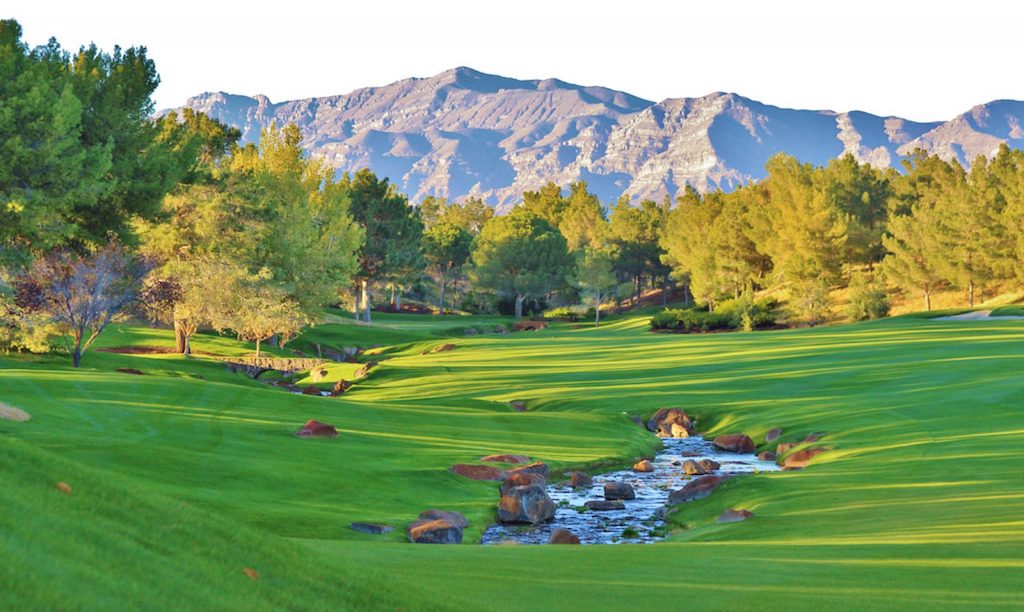 Shadow Creek now boasts the most expensive green fees in America, and it is worth every penny.  Once the limo driver parks (be sure to ask him about the peacocks on your drive over) you will be greeted by a team of staff members that will escort you to the locker room and be given a locker for the day.  I had Charles Barkley’s, but the list of celebrities there really is a who’s who.

If you were kidnapped and woke up on the course you would have no idea you were in Nevada.  Trees and plants we imported from all over the country and no expense was spared by Steve Wynn when it was designed by Fazio in 1990.  There are still only 2 houses on the entire property, originally inhabited by Wynn himself, but he has since moved out after the acquisition by MGM in 2000.

I was lucky enough to play on a Sunday, immediately following Tiger’s event.  One of my playing partners found a Bridgestone with “Tiger” monogrammed on it; pin high, in the rough of the drivable par 4 number 11.  Hopefully, Tiger went back and hit 3 off the tee after that lost ball.  We even played as an eight-some coming in on number 18 with some big bets being cheered on and encouraged by the caddies. 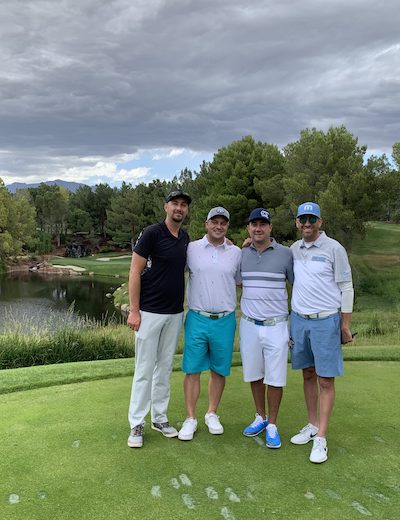 The entire experience was simply amazing.  The course is impeccable year-round, the staff is world-class, and its simply unlike anything else in the world.  Our caddie (regularly) called in drink orders for us to be delivered on course and the post-round drink tasted even better on the back patio overlooking the lake.

Shadow Creek is currently rated number 26 in the US by golf digest Top 100 golf courses, but it sits squarely in my top 10 all-time bucket list golf outings.  If you have the opportunity, don’t miss it; it is truly Epic.